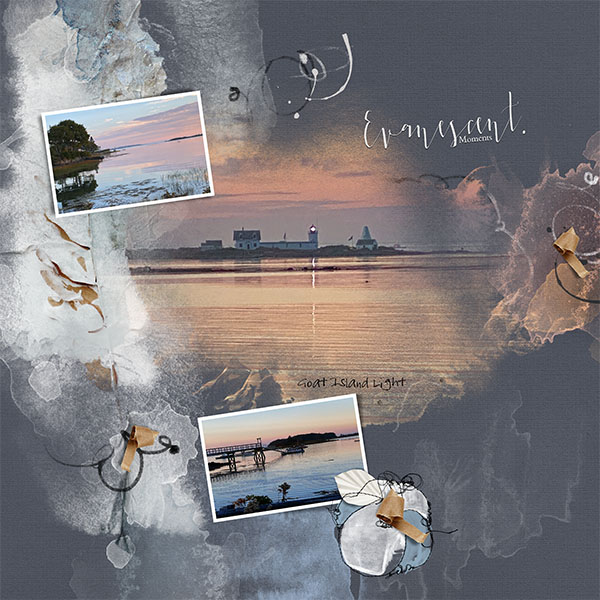 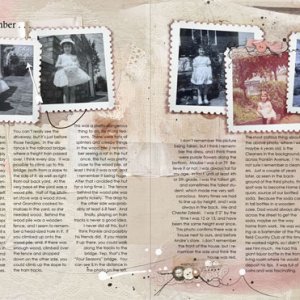 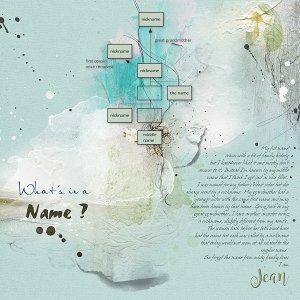 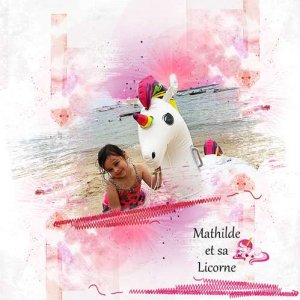 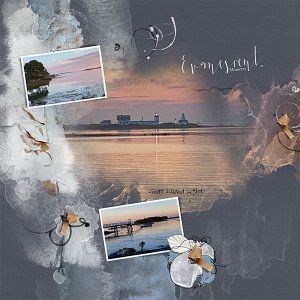 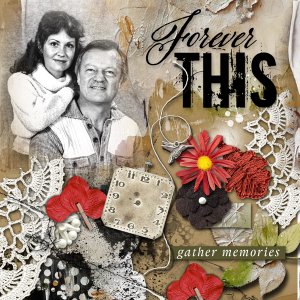 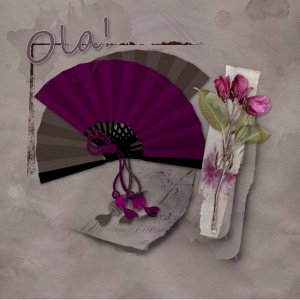 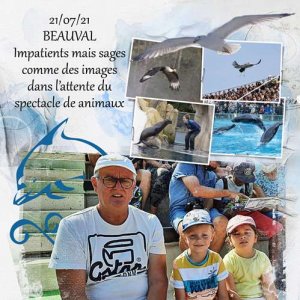 Frames – Moved two frames from Artsy Layered Template 257 on to the page. Adjusted to landscape and moved the shadow layer.

Mask – Evanescent FotoBlendz 1.3 was put on the page and put in a group

Photos – added one photo above the mask and attached using Layer>Create Clipping Mask, and added two other photos of to the mask layer of the frames using the same method.

Transfers – Placed Transfer 1 on the left edge below the photo mask layers. Overlay 1 was filled with blue. Artsy Transfer 4 was placed on the right edge. Turned off some of the layers and recolored others. Artstroke 1 and 2 were placed on the page with some adjustments. With three artstrokes it created a visual triangle.

Elements – Multimedia Pumpkin was placed over the corner of one of the frames. The paper curl used for the stock was duplicated twice and then the two copies moved to different spots each rotated and resized them and this created a visual triangle.

Words – Word art “Evanescent moments” was used for the title. And typed the name of the lighthouse in my focal photo over the photo.
Click to expand...