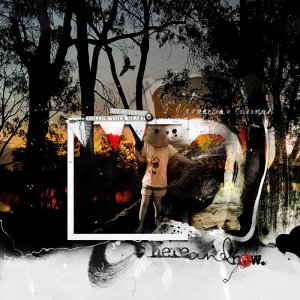 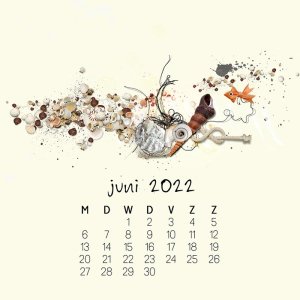 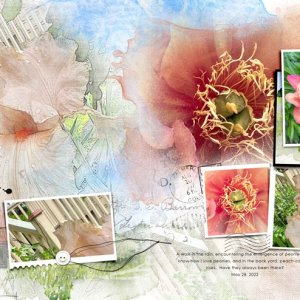 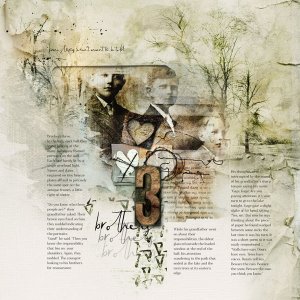 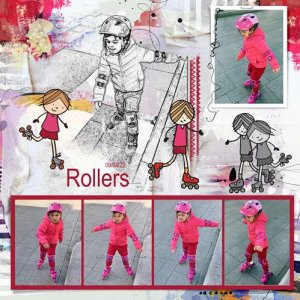 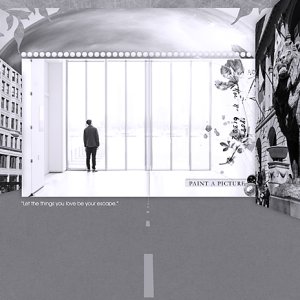 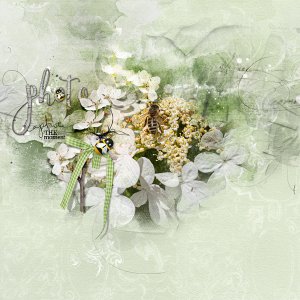 Working with some of the more disturbing images I have.

Journaling:
Brothers three.
In the long, dark hall they stood, looking at the many mahogany framed portraits on the wall. Each face barely lit by a single overhead light. Names and dates engraved on tiny bronze plates affixed in precisely the same spot on the antique frames, a little right of center.

“Do you know who these people are?” their grandfather asked. Their brown eyes fixed on him, they nodded indicating their understanding of the portraits. “Good!” he said. “Then you know the responsibility that lies on your shoulders. Again, they nodded. The youngest looking to his brothers for reassurance.

While his grandfather went on about their responsibilities, the oldest glanced outside the leaded window at the end of the hall, his attention wandering to the path that ended at the lake and the twin trees at its eastern edge.

His thoughts were interrupted by the sound of his grandfather’s sharp tongue saying his name. “Gage, Gage! Are you paying attention, it’s your turn to go to the lake tonight. Gage gave a slight shake of his head, saying, “Yes, sir.” But now he was thinking about the piece of paper he found wedged between some rocks the last time it was his turn. It was a short poem so it was easily remembered ... “Walls have ears. Doors have eyes. Trees have voices. Beasts tell lies. Beware the rain. Beware the snow. Beware the man you think you know.”

Reactions: cyanne22, zlemon and NAdams
fantastic page and love your blending!
I love your fabulous artsy design!
I don't even know what to say here...this is quite simply amazing. There is a family story that I want to tell...of my great grandmother and my great uncle. This is a perfect way to do it. I am saving this for a future lift.
Beautiful page and blending work!
Amazing blending and narrative!
Congratulations!!! Your layout has been featured on today's Gallery Standouts Blog - https://gallerystandouts.com/fingerpointing/2022/finger-pointing-june-1st-6/
Congratulations on the GSO! Your design is amazing and your story is intriguing. I love how you give each of these boys so much individual character and history in such a short narrative.

Thank you very much!!
Love the depth and blending of the photos. Your journaling is amazing, also. Creative heritage! Congrats on the GSO!
This is a really dramatic layout, all the blending and layers are really impressive. Congrats on your GSO!